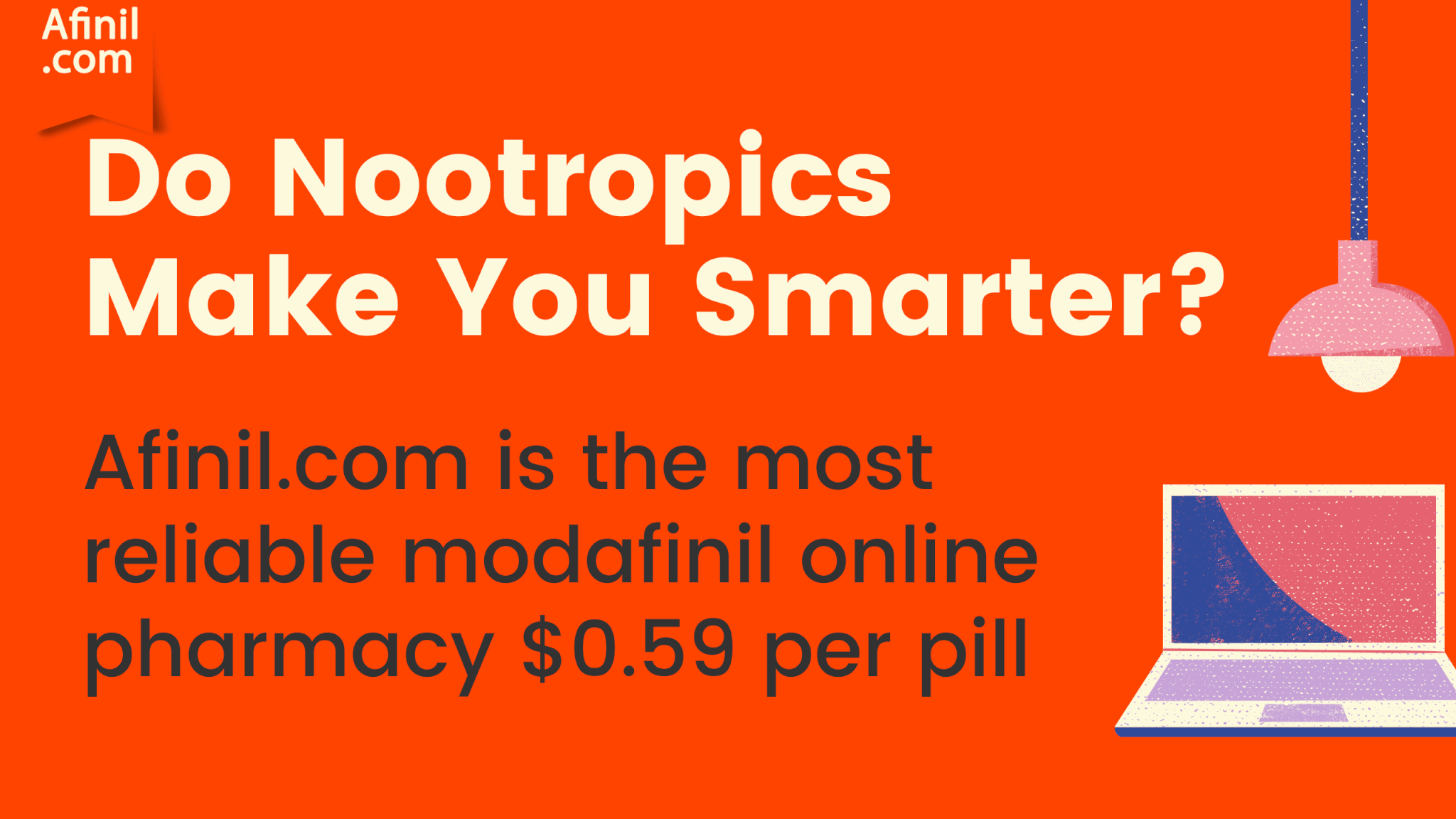 Nootropics are a class of medications that can help a person improve their cognitive abilities, attention span, concentration, memory, learning, and overall productivity. They are normally marketed as “smart drugs” due to their apparent ability to make a person feel active, energetic, and mentally sharp. Read on to find out if nootropic source does make you smarter, as some claim.

The very first nootropic – Piracetam, was invented by the chemist C. E. Giurgea who believed this drug was capable of boosting brainpower [1]. He was also the one to coin the term “nootropic”. It was soon used to refer to similar drugs that had the effect of altering the brainpower and providing a boost in memory, concentration, and focus.

The meds classified as nootropics usually share a similar chemical structure and are frequently used as wakefulness-promoting medications. Some of the popular pills include modafinil and racetams.

Coffee, one of the most popular drinks in the world, is often attributed as a natural nootropic because of its ability to boost energy and alertness. This beverage contains caffeine – a stimulant present in tea and several energy drinks.

Caffeine works very similarly to nootropics. It can cause constriction of blood vessels in the brain, thus relieving headaches and migraines. This substance can also stimulate the release of adrenaline into the blood, thereby increasing the overall alertness and leading to a spike in energy. Besides, it also raises the dopamine levels in the brain. All this points to coffee being a drink much similar to nootropic supplements.

Studies have also proven that infused coffee is capable of boosting athletic performance. But the effect of caffeine on memory has been inconclusive with some studies claiming that coffee helps in passive learning and has no effect on long term memory. Higher doses of this natural stimulant can even increase anxiety symptoms and can be disruptive towards learning. It does not protect the brain from injuries nor is it completely non-toxic [2][3].

Hence, coffee cannot be considered strictly as a nootropic as its effect on learning, and memory is not the same as that produced by a regular “smart drug”. It can be addictive and cause toxic effects if taken in large doses.

Why Are Nootropics So Popular?

Nootropics are a safe and reliable way to stay alert and increase one’s memory and learning abilities. All these qualities are highly demanded in a competitive work environment. 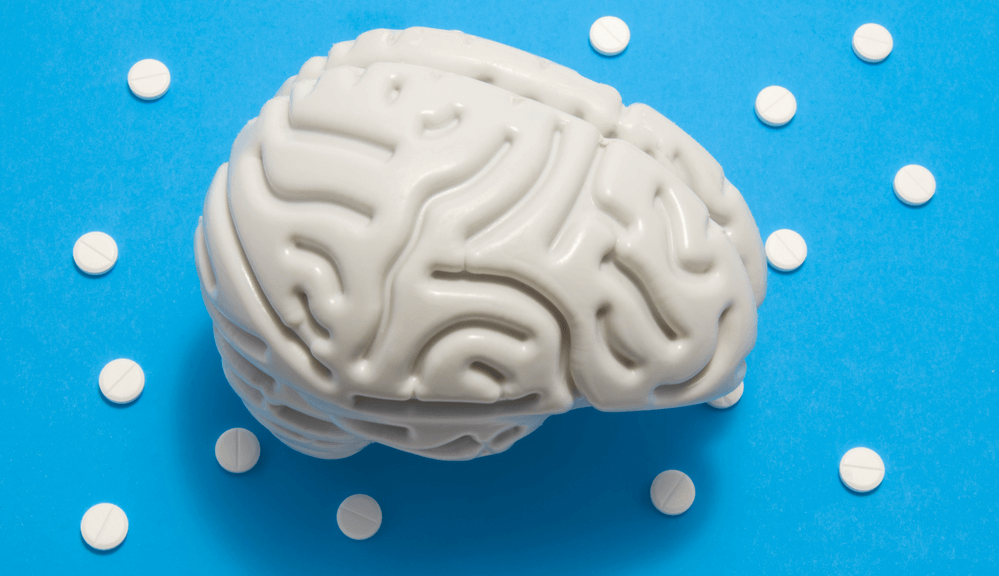 These medications are also used in the treatment of dementia and attention deficit hyperactivity disorder, making lives a lot easier for people suffering from these health conditions.

Nootropic meds like modafinil have been shown to increase functional connectivity in the brain cortex, thus promoting alertness, energy, and decision making. Besides, some individuals also tend to use cognitive enhancers to increase their creative abilities and innovative thinking.

Here are some important benefits of nootropics that make them so popular among people around the world:

How Does “Smart Drug” Work?

“Smart drugs” usually work by altering brain chemistry. Some meds stimulate acetylcholine, a neurotransmitter that is crucial for passing messages between neurons. Furthermore, such medicines can alter the levels of dopamine, glutamate, norepinephrine, and serotonin in the brain to produce a state of alertness and improved cognition.

Nootropics are involved in producing energy (adenosine triphosphate, or ATP) and can also protect and repair the nerve cells by increasing the levels of brain-derived neurotrophic factor (BDNF).

Overall, these drugs produce an energetic state where a person does not feel tired and can stay awake for a long time.

Are Nootropics Safe for Your Health?

Cognitive enhancers are considered a safer option than other types of stimulants because they are non-addictive and have a few long-term health risks. That’s if the pills are taken according to the prescribed dosage. It is important to mention here that they can produce serious adverse reactions if misused.

Combining with certain drug combinations, alcohol, and long term usage with varying sleep schedules may also bring harmful effects on your mind and body. Always consult your doctor and follow the instructions when you take nootropics.

Possible Side Effects and Precautions 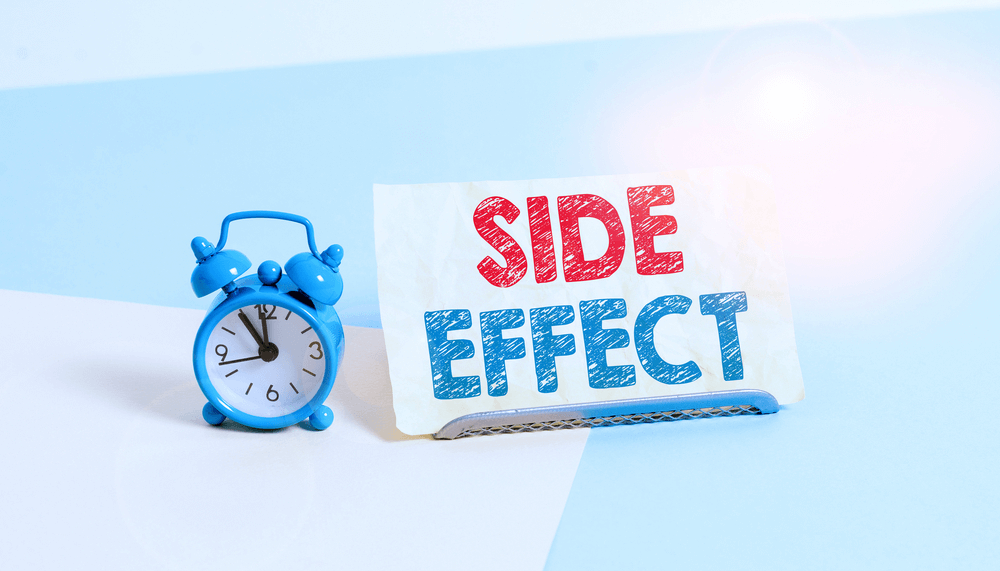 Possible side effects of nootropics include:

Serious but rare negative reactions include:

Stop taking the drug immediately if you experience any of the side effects and consult your physician. For this reason, it is important to only buy nootropics from reputable e-pharmacies that provide quality pills. They may interact with medications. Always speak to a doctor before trying a nootropic.

How Nootropics Interact with Other Meds

Mixing nootropics with other drugs can pose a serious risk to your body as chemicals can interact and produce unpredictable reactions.

As a general guideline, always remember to take cognitive enhancers at least an hour before administering other medications. Here is a list of drugs that interact with nootropics:

Besides medications, “smart drugs” can also interact with grapefruit juice, coffee, and herbs. Mixing nootropics with alcohol might also cause negative reactions. Consult your doctor before taking any drug to know how it would affect your body.

If you are wondering where to buy your pack of quality nootropics, head to Afinil Online Pharmacy. We have the best resources to provide you with complete information on all types of “smart pills” and offers guaranteed delivery of customer orders.

Afinil is a legit and highly rated online drugstore for generic nootropic medications with numerous discounts and offers that let you purchase the desired medicines at an affordable cost.

Some promotions and discounts include:

The best part of our e-pharmacy is that we don’t require you to provide a doctor’s prescription for getting nootropics. 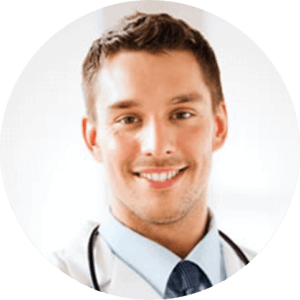 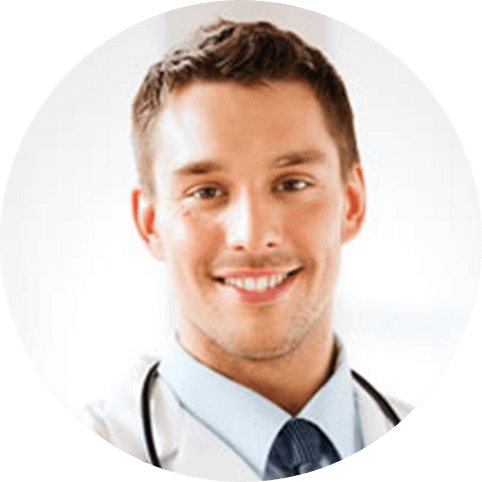 Modafinil Is the World's First Safe "Smart Drug" of Its Kind

After a comprehensive review, researchers at Harvard and Oxford have concluded modafinil is the leading safe smart drug of its kind to help increase cognitive functions so people can live and work more productively.

Right now, astronauts working aboard the International Space Station are using modafinil to increase attentiveness and optimize performance while fighting fatigue in the extreme environment in outer space.

Modafinil is proven to help improve memory recognition and is often used as a cognitive enhancer to increase learning abilities. In fact, it's proven to be so effective that many industries around the world suggest it to the military, medical personnel, and those working in space exploration programs.