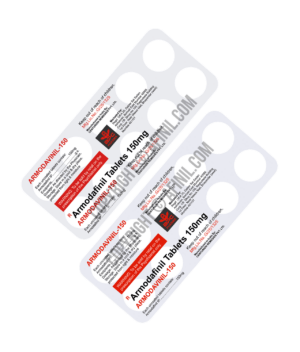 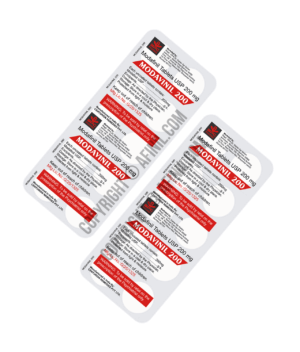 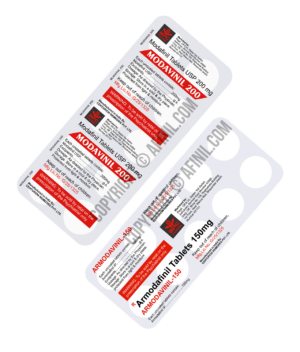 Armodavinil is a safe and super-effective “smart drug” produced by Centurion Laboratories. It is a generic version of Nuvigil – one of the notable medications used to treat extreme daytime sleepiness caused by sleep disorders. The drug contains armodafinil as its active ingredient and is commonly used off-label as a brain booster to increase performance at work or school. If you stand for quality and want to get this drug at the best possible price, you can bank on Afinil.com. We offer a 24% discount on Bitcoin payment, free shipping, and a 100% money-back guarantee. Order now to have your package shipped to your doorstep immediately!

We are also happy to invite you to try our budget Modvigil & Artvigil pills that will increase your resistance to fatigue as well as other popular modafinil brands. Vilafinil, Modafresh, Modawake, Modaheal, and an exclusivesublingual Modafil MD 200mg available only on our online pharmacy which is one of our bestsellers with a mint flavor for faster absorption & therefore, rapid onset effects.

Try our new Premium Combo Pack that may include any brands mentioned above.

What Is Armodavinil 150 mg Drug?

Armodavinil 150 mg is a wake-promoting drug used to treat people who find it difficult to stay awake during the day due to sleep disorders such as shift work sleep disorder (SWSD), narcolepsy, and obstructive sleep apnea (OSA). It is one of the most recent generic versions of Nuvigil produced by Centurion Laboratories to replace Waklert, which will no longer be available in the USA and other countries due to legal issues.

The company also produces Modavinil to serve as a replacement for Modalert, which will equally be going off the market for the same legal matter.

Many “smart drug” enthusiasts have favored Armodavinil because of its high level of safety, minimal adverse effects, and low potential for addiction. Its popularity is growing among business owners, students, Silicon Valley billionaires, among others, because of its effectiveness.

Experts aren’t exactly sure how Armodavinil works. However, based on the understanding of certain mental processes in relation to the variation of some chemicals in the brain, they’ve been able to come up with a theory.

Armodavinil is believed to work by changing the quantity of certain neurotransmitters in the brain. Some of them include dopamine, gamma-aminobutyric acid, and histamine, among others.

The brain levels of these chemicals at different points in time have been found to determine mood, alertness, wakefulness, and sleepiness.

Although relatively new to the nootropic scene, Armodavinil has strong potential to contend with popular old-time brands such as Modatec, Artvigil, and a host of other “smart drugs.” Many entrepreneurs, students, industry experts, among others, who use it to increase alertness, enhance memory, improve creativity, and ultimately increase productivity speak positively about it.

There’ve also been excellent reviews based on its effectiveness, tolerability, and ease of use from individuals with sleep disorders who take it to curb excessive daytime sleepiness. Note that although this medication works for most users, it remains mandatory to consult a doctor before using it.

Armodavinil is a new drug, and you’ll hardly find it online. However, it is available at Afinil.com at a super-affordable price. Besides offering one of the best prices you’ll find online, some other benefits of buying from us include the following:

Making payments on our platform is secure and flexible, as our site is protected by an SSL certificate and a firewall that protects information transfer across our platform by identifying, tracking, and blocking malicious requests.

No prescription? No problem! Buy now to get high-quality Armodavinil tablets at the best price.

⏱ How Long Does Armodavinil 150 Last?

The effects of Armodavinil 150 mg can last for about 71.5 hours (close to 3 days), as it has a half-life of about 13 hours. However, the duration may vary from individual to individual based on certain factors. For instance, age, weight, medical condition, liver function, kidney function, and other drugs an individual may be taking alongside this drug could increase or decrease its duration of action.

🛑 What Happens If You Stop Taking Armodavinil Suddenly?

Stopping the use of Armodavinil or any other drug that produces a stimulant-like effect suddenly may increase the risk of rebound or withdrawal symptoms. The symptoms may include insomnia, decreased alertness and energy levels. The risk may be even higher if you’ve been taking more than the recommended dose or have used it longer than is recommended.

However, because this drug has few or no withdrawal symptoms, you have no cause for alarm if you strictly adhere to your doctor’s prescription.

🤔 How to Prevent Tolerance to Armodavinil?

Although Armodavinil has the low potential for causing tolerance, one may experience it if the drug is used incorrectly. The best way to prevent tolerance is to use the drug exactly as prescribed by a doctor or healthcare provider. For starters, unless your purpose of using it is to treat narcolepsy, shift work sleep disorder (SWSD), or obstructive sleep apnea (OSA), it should only be taken 3 times a week or less. However, the drug can be used safely for up to 12 weeks. Seek advice from your doctor.

😫 Why Does Armodavinil Make You Tired?

Armodafinil doesn’t make users feel tired; instead, it promotes wakefulness and boosts energy levels. Consequently, if you feel sleepy or tired after taking the drug, something might be wrong. Do well to inform your doctor about your experience.