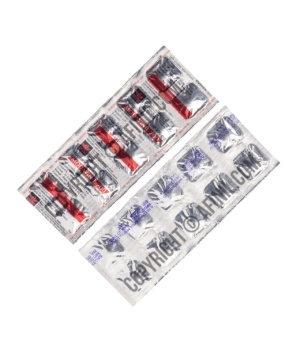 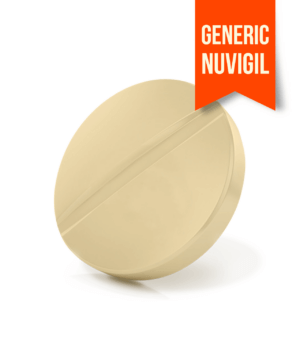 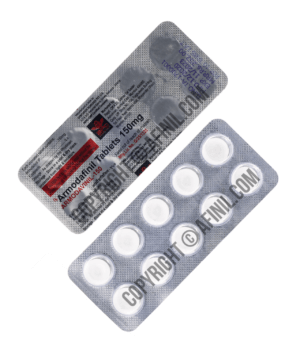 Modavinil 200 mg is a new generic version of modafinil produced by Centurion Laboratories. It is a safe and effective treatment for excessive daytime sleepiness caused by sleep disorders such as narcolepsy, shift work sleep disorder (SWSD), and obstructive sleep apnea (OSA). It also has cognitive-enhancing properties that make it super-effective in boosting mental function and ultimately increasing productivity. Modavinil is now in stock, and we’re selling it at one of the lowest possible prices. Buy now with crypto to enjoy a 24% discount!

We are also happy to invite you to try our budget Modvigil & Artvigil pills that will increase your resistance to fatigue as well as other popular modafinil brands. Vilafinil, Modafresh, Modawake, Modaheal, and an exclusivesublingual Modafil MD 200mg available only on our online pharmacy which is one of our bestsellers with a mint flavor for faster absorption & therefore, rapid onset effects.

Try our new Premium Combo Pack that may include any brands mentioned above.

What Is Modavinil 200 mg Drug?

For a long time now, many people have depended on Modalert and Waklert, popular generic modafinil and armodafinil brands, to eliminate daytime sleepiness, enhance cognitive function, and ultimately increase productivity. Quite unfortunately, these drugs will no longer be available on the market due to legal issues their manufacturer – Sun Pharma – has.

But there is no cause for alarm, as there are great alternatives that work equally well. Modavinil and Armodavinil are currently the best replacements for Modalert and Waklert, respectively. They’re even great alternatives to Modvigil, Mofy, Modafresh, and Artvigil. These drugs are produced by the reputable world-class pharmaceutical company Centurion Laboratories.

Like brand name modafinil, Modavinil 200 mg can be prescribed for treating excessive daytime sleepiness caused by sleep disorders such as narcolepsy, SWSD, and OSA. The drug has a high level of purity and is unlikely to cause any serious side effects.

This drug can be used by anyone looking to promote wakefulness, increase productivity, and gain a competitive edge in their workplace.

Modavinil contains modafinil – one of the world’s most popular wake-promoting agents – as its active ingredient. This is the force behind its mechanism of action.

The drug works by altering the levels of certain neurotransmitters in the brain that are associated with the regulation of sleep, alertness, focus, memory, and motivation. Some of these chemicals include dopamine, gamma-aminobutyric acid (GABA), and serotonin, among others.

Modavinil is effective and has a high success rate. This means that it works safely and effectively for most people who take it.

Although Modavinil is a relatively new product, it has been used by many people looking to eliminate excessive daytime sleepiness and/or enhance cognitive function. Going by user reviews, it appears that the majority of people who’ve used the product achieve their desired results.


While many have emphasized its high level of safety, effectiveness, and ease of use, others have spoken of how it caused few to no side effects on first-time use, compared to previously used products.

In a nutshell, both individuals using it to treat sleep disorders and those taking it off-label to increase performance at work or school have attested to its efficacy. With such a seemingly high success rate, you’re very likely to equally get results from Modavinil.

However, be sure to consult your doctor before using the drug.

Modavinil is a new generic modafinil product and thus may be hard to come by online. While it may be available in some other online pharmacy, if you’d like to rest assured you’ll be getting the real deal, Afinil.com is the best place to buy this brand.

We’ve got it up for sale, and you can get it with no prescription.

Here are some of the benefits you stand to gain from buying from us:

What’s more, we accept multiple methods of payment including PayPal, crypto, and all major credit cards. You get instant 24% off when you pay via Bitcoin and free standard shipping when you spend $130 and over in our store.

Order Modavinil 200 mg now without a prescription and have it delivered to your doorstep swiftly.

Modavinil has a half-life of about 12 to 15 hours. This means that its effects may last for 66 to 82.5 hours – around 3 days. However, the duration may vary based on several factors such as weight, age, health condition present, kidney & liver function, and other drugs taken, among others. It is worth noting that the longer the drug stays in the body, the less effective it becomes. Thus, after about 12 to 15 hours, it loses most of its wake-promoting effects.

Note: The half-life of a drug is the time it takes for its concentration in the body or blood to reduce to half its original value.

Yes, it certainly can. In fact, it can make it extremely difficult or even impossible to sleep at night or at any time as long as it is still present in the body. This is why it is important to acquaint yourself with its duration of action and take it at the right time so its effects won’t spill over into your bedtime.

Since the wake-promoting effects of the drug last 12 to 15 hours, unless your purpose of taking it is to work a night shift, you should take it very early in the morning. This way, its effects will wear off before bedtime.

💊 Can Modavinil 200mg Be Mixed with Amphetamines

Before anything else, it is worth noting that combining Modavinil with amphetamine-based drugs such as Adderall can be risky. Amphetamines are stimulants, and Modavinil produces stimulant-like effects too. Consequently, taking them concomitantly can lead to overstimulation, which in turn increases the risk of experiencing side effects such as severe headache, nausea, or anxiety.

Although doctors may sometimes prescribe both drugs together, it is important to strictly adhere to their instructions to reduce the risk of adverse effects. In a nutshell, do not mix both drugs!

🙋 How Does Modavinil 200mg Affect Mood?

A couple of findings have indicated that Modavinil can improve general mood in healthy individuals. Happiness and mood are known to be regulated by the quantity of two major neurotransmitters in the brain: dopamine and serotonin. Modavinil affects mood (improves it) by enhancing the release of serotonin and blocking the dopamine transporter, which ultimately increases the dopamine levels in the brain.