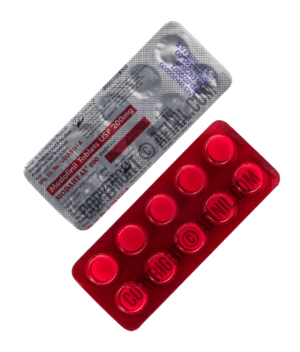 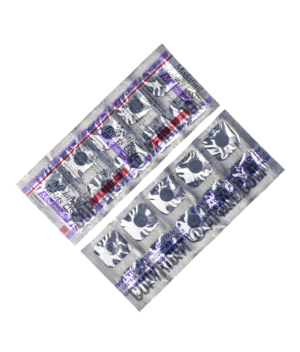 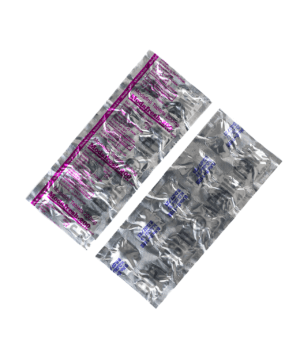 Modaheal is used in the treatment of sleep disorders such as shift work sleep disorder, narcolepsy, insomnia, and obstructive sleep apnea. It contains modafinil as its active substance, the same substance present in the brand name drug – Provigil. We now have this drug manufactured by Healing Pharmacy available in our store, and it is selling at a pocket-friendly price.

Excessive daytime sleepiness affects productivity at work, school, relationships, and even causes accidents. This condition that often stems from disorders such as narcolepsy, obstructive sleep apnea (OSA), sleep deprivation, and other factors is usually a hard nut to crack. It was for the purpose of combating these disorders that Modaheal 200 mg was created.

This drug helps users become more active and productive by increasing alertness, focus, creativity, memory, and promoting wakefulness. It is approved by the Food and Drug Administration (FDA) and is safe for use. It is worth noting that Modaheal may not cure sleep disorders, but if used correctly and as prescribed, users are likely to see great improvements. The effects of this drug usually last for 12-15 hours from the time it is administered.

The exact mechanism of action of this drug is unclear, although in-vitro studies have shown that its cognitive-enhancing effect is linked to its ability to tip the levels of dopamine in parts of the brain that control brain function, increasing mental activity and memory.

Dopamine is a chemical neurotransmitter that nerves use to communicate with each other. On the other hand, its activity against sleep disorders such as narcolepsy is associated with its ability to activate the orexin neurons in the brain. This act is believed to increase alertness and promote wakefulness.

Modaheal 200 mg is administered orally with water. It may be taken with or without food, however, most people take it on an empty stomach to ensure quick absorption and ultimately a quick onset time.

The time of administration of this drug varies depending on the condition looking to be treated. For the treatment of SWSD, take 1 pill 1 hour before the commencement of the work shift. However, if the purpose for which it is required is narcolepsy or OSA, take 1 pill soon after waking in the morning.

It is inadvisable to overdose on this drug. Findings show that while taking up to 400 mg per day as a single dose may not add any benefit beyond what the 200 mg dose offers, but may even cause complications.

Consult a doctor before taking this drug to determine what dose is right for you.

An interaction can occur between one drug and another with food or alcohol. Interactions may reduce the efficacy of one or more of the drugs combined or even lead to serious complications. Modaheal interacts with several drugs, and some of them include Propranolol, sedatives like Diazepam, Sandimmune, Gregraf, cyclosporine, antifungal meds like Itraconazole and Ketoconazole, hydrocodone, methadone, Carbamazepine or phenobarbital, citalopram, Amitriptyline.

Individuals who’ve taken alcohol and Modaheal concomitantly have reported experiencing blackouts. Avoid such mixture. This drug should not be taken alongside foods or beverages that contain caffeine, as it is found to increase the risks of side effects. Besides fatty foods that reduce the time it takes the effects of this drug to kick in, no other food has been found to interact with it.

Modaheal interacts with diseases such as cardiovascular diseases, liver disease, hypertension, hypersensitivity to the drug’s ingredients, and a few others. As a result, individuals with them should avoid using this drug.

Consult a doctor to find out if you’re fit to use this drug.

Although Modaheal offers immense benefits, like every other drug, side effects may still result from its use. While the common ones are often mild and do not require medical attention, the more severe ones require urgent attention.

The chart below represents the common, less common, and most dangerous side effects that a user may experience while using this drug.

This is not an exhaustive list of all the possible side effects of Modaheal. Consult a doctor to get a more comprehensive list as well as a better understanding of them. You may also check the leaflet contained in the drug’s packaging.

Modaheal is gradually increasing in popularity due to the fact that it is effective, inexpensive, and readily available.

Modaheal is not addictive; it is safe, highly tolerable, and doesn’t interfere with one’s ability to work after its effects wear off. Many users have reported experiencing increased alertness, focus, wakefulness, and overall improvements in their productivity while using it.

You can get a free sample from us, test it, and leave your own feedback about it. You’ve got nothing to lose, instead, you get an instant $30 off your next order.

Afinil is the best online pharmacy for those looking to get the best bang for their buck. We’ve got Modaheal 200 mg as well as other “smart drugs” such as Modvigil, Waklert, Artvigil, and Modafresh at an affordable price. We guarantee the high quality, efficacy, and safety of our products.

We offer a special 24% discount to customers who make purchases with Bitcoin since it attracts no fees, $30 off to those who review our products, and $25 off to returning customers.

Get free shipping via Express shipping when you buy up to 100 Modaheal pills, or any other products worth above $180.